Our reseller in your area stores our products and is more than happy to help you with all castor related matters. Use the form below to request for all the brochures you need, ask for a quota or to contact you.

Manner has many stories to tell 1/9

And in this series we’ll relate the most interesting and perhaps also most surprising ones.

The beginning is always a good place to start. When tinsmith Juho Manner, then known as Juho Filla, packed up his tools in 1885 and left Vähäkyrö to head south in search of a job, he had no idea that stories about his life’s work would be written even in the next millennium. After various turns of events, Juho Filla ended up in Hanko.

Juho Filla worked in a butter export business in the daytime, but spent his evenings doing jobs as a tinsmith to earn some extra money. After arriving in Hanko, Juho married Amanda Mansner, took her last name and changed it into the Finnish form, Manner.

There were plenty of jobs for a tinsmith, and when the job in the butter export company ended, Juho decided to become a full-time tinsmith and to start his own company. The business opened on September 1, 1890, and that date marks the start of Manner’s 130-year history. 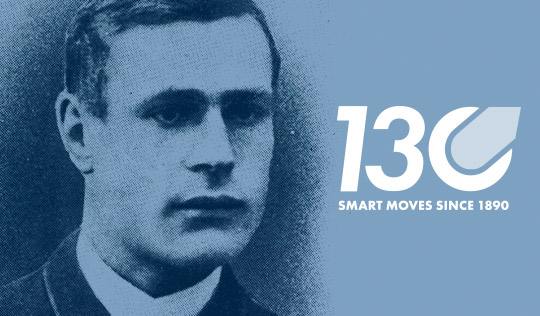